Oh My God! This one was such a tool, and I’m sure most you girls have dated this type of Man! 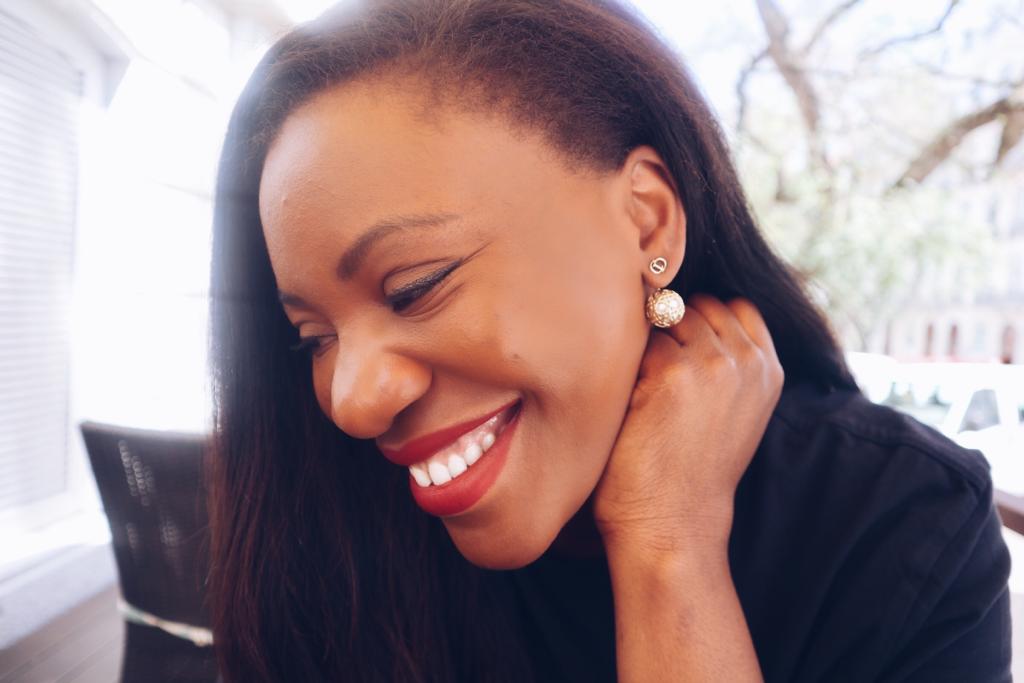 My mother did not raise a fool

His profile online told me he was the kind of man I was looking for, so naturally I swiped right! And just like that it was a match! He had swiped right too! – To those without the online dating experience, swipe right on tinder means I like you. If you both swipe right, you then are notified to be a match.

Then comes the who writes first conundrum, the uncomfortable “Hi’s,” and the “So, what are you looking for?” But after this initial discomfort the rest is pretty much fun and engaging if you know what you are doing. We texted a few times and then the red flags started popping up.

I liked to take things off the platform to something more personal as soon as I felt that I liked the guy enough. So we went off the dating platform to communicating via WhatsApp and Facetime. Everything was going fine, the more I got to know him, the more I was like this is it! I have found the man of my dreams ?

I’d found the man of my dreams ?

I mean he owned a successful business, (I googled), He was well spoken, initial manners were solid. Really, he was the type of man I had resolved to share my wonderful life with!

I was so sold to the idea that he was the one so much so, that I refused to see the red flags popping up all over the place! He would go hours without responding to my texts, even though he was constantly online. Then, when he felt like it, he would text back. “I’m not always on or with my phone” he would say. And I would give him a pass. He would text once a day, and wouldn’t even respond to my response to his text, like he was just texting to check a box, the type you know is very busy online.

When we decided to finally meet, I chose to meet him somewhere convenient to me, I chose a small wine bar in Soho. I dolled up well, wore well-fitting cream trousers and a black Crop top. One thing I know for sure is first impressions last! The goal is always to have him think WOW! At first glance, I always made sure I arrive after them so they can watch me confidently strut towards them with a smile, (trust me, catching a man’s interest is an art!) and just like magic it worked. I walked in, the man could not take his eyes off me, the only skin I was showing was little décolleté. I could tell he was impressed!

I sat down and he said “hi,” I smiled, looked him in the eyes and said “hi.” “Oh My God you are so beautiful he said” I smiled “I didn’t know you were kind, thank you” I flirtingly responded. He asked what I wanted to drink, I truthfully told him wasn’t a big wine drinker, one glass and I’m tipsy so I would let him Order something light for me. He curiously asked me why I chose a wine bar if I wasn’t into wine, I told him because I liked the idea of a wine bar and also that meant I wouldn’t drink too much! Whereas if we went to a cocktail bar, I wouldn’t be on my best behavior for a first date! He laughed and said, “Smart!”

The conversation was all good, we talked and laughed for a few hours I asked him about his ambitions, goals, fears….( small talk is boring, you want to get them to open up to you, make them feel that you are a safe place for them ?) He didn’t want the night to end! He begged to take me to a cocktail bar! He insisted he needed to see me at my worst behavior to decide how to proceed. We laughed and I gave in.

He took me to swanky bar, it was packed, getting a drink seemed like a full achievement! He said he liked the vibe there! I not so much! It was so noisy and having a conversation was almost impossible without having to shout.

After a few drinks I told him I had to go. He couldn’t convince me to stay, so he walked me to the train Station. There I knew I had to leave something of me engraved on his mind apart from my charm and charisma.

We had the awkward “are we going to kiss or not” good byes, I kissed him on the cheek (confidence in what you do, and how you do it kid, always a +) and started walking to my platform. He watched me walk away before he could say anything.

The squats, lunges and dead lifts I had been doing in the gym did not let me down at all. They all came right through for me in this moment as my feet took turns taking their steps left, right, left, right… I could feel his eyes hot on my back as were those many others behind me. This was my moment and I had every intention of making it count! My hips intentionally swayed from side to side. My mother did not raise a fool, I tapped into my feminine energy and boy was I lighting it up!!

A text followed me soon after I sat down on the train, “That was a monumental instant, “I hope that was for my viewing pleasure?” I sent a laughing emoji, and asked what was? He replied and said “you know damn well that walk had me possessed!” To end the texting I thanked him for a lovely evening and said my byes.

The texting changed from then on, it was a good morning text, a just checking on you text, a thinking of you text, what you having for dinner text, and FaceTime at bedtime. For our second date I told him I liked street food, he told he had never tried and I suggested we should change that. He loved it, I taught him how to eat a burger standing which was hilarious! To end the night he took me to a Cabaret Show, it was my first and I enjoyed it fully.

At the end of the night, he told me how much he liked me and all, then dropped a bomb! He wanted an open relationship, he wasn’t emotionally ready to fully commit, and he said he wanted to be honest with me because he was sure I was something special. I took a minute there to compose myself.

This man had everything I wanted in a man, he was intelligent, smart, courteous, and comfortable. It wasn’t a bad deal. I could have this man as he is when IT’S MY TURN, Naah, this was not what I wanted, and I was not going to compromise! He was the type that gets carried away with the options, possibilities and attention online.

I told him, his proposal was not what I wanted for myself, I told him exactly what I wanted, and I wanted a man for myself. I wanted to build a relationship not fluttering around. The goodbyes were very awkward, but it had to be done!

Fast forward a few weeks later, I met Mr. X and I was living my best life! He resurfaced and was texting me again. I told him I was in a relationship and was happy. I wished him all the best in everything he does. He told me he had made a mistake, with time he realized he had made a colossal mistake letting me go. He went on to tell me how fantastic he was in bed and that he would cherish me if I gave him a chance. I told him I was happy with the person I was with, and had fallen in love with him.

Six years later, we are friends, he texts once in a while, I text him whenever I need to bounce ideas off him or I want a connection he knows. He’s still in open relationships. We have become good friends, and recently I signed him as a client! ?

Many times it is easy to get caught up in other people’s cycles that have nothing to do with you. Having a clear goal in mind and staying the course is the only path to true success. I always joke with him that, had I stayed with him, I could’ve travelled the world, owned many expensive items, but would’ve been lonely with nothing or no-one to call my own. I wanted a family and that’s what I was shooting for! And oh, the Bedroom part is out of this world so I’m good!