The term “older man” is subjective, what you deem to be a relevant age in older men category is up to you. There is an age gap of 24 years between me and my partner, so yes I deem him an older man and I love him dearly.

Before I started dating Mr. X, I had been on several dating sites, went on a few dozen dates. With men within my age group, and those who were much older than me. I didn’t really know what worked for me,  I found most men within my age range ‘dumb’ ‘shallow’ and uninspiring. Then when I was in the company of older men, they were either needy, insecure  ( in the sense that I was young and therefore did n’t know how to handle me……….which was an absolute bore! ), Or confident. They had a sense of self-worth which I found very attractive.

Yes, you hear all these stories of people’s experience’s…. with older men,

But all these things also apply to younger men or men in your respective age groups. Which brings us to the all so two important questions.

– EXCITEMENT  Well, firstly, whichever way you want to look at it, It’s exciting for an older man to date or have a younger woman. I’d go as far as saying it’s the law of attraction I think. Men are ruled by sex, that is why sex sells. It sells anything.

After a while, a young woman is exciting, its new again…(tighter) he feels young again. Boobs are firmer and perky. It’s a fantasy, that perfect woman. when have you ever seen an advert of a sexy woman with saggy boobs, gravity has taken its toll everything is saggy? never!!!! its every mans dream. That perfect female with everything in place.

–    Real Attraction. I have heard people say it doesn’t matter how you start, matters how you finish. There is a high percentage of men that are genuinely attracted to a girl and want to have more than just a physical relationship with a younger lady. How that starts does not predict how you end up. It’s that simple.

2. Why do younger women date or go for older men? whether it’s for dating or arrangements, or whatever circumstances that a younger woman would prefer an older man.

–MONEY, MONEY MONEY. like it or not, that’s the number one motivation for 80% of younger women that date older men. when I say “date”, perhaps I am loosely using the word, whether its a full blown relationship or again a barter arrangement. money is at the core of it. some just want an upgrade, especially with social media boom, most just want that designer life, that luxury lifestyle. to be apart of that life.

–Real Attraction. 20% of younger women who date older men are in it for real. they really are involved with these men. having found comfort in a man that truly loves them or treasure them if you like. you see, I’ve found that a good percentage of older men that are in relationships with younger girls tend to treat them better than the younger guys. They treasure them, treat them with respect. Most being of the older generation, take care of their women, they provide, they inspire. they have experience. They have already done the stupid stuff, experimented and at this point, they know what matters in life. Companionship, Love, and trust. They also understand that girls are like flowers, want lots of love and attention to bloom. So yes they treat you, spoil you etc. And of course, it is a lot easier for older men to do a lot more for you as, most of them have worked, made their money and are just living life. 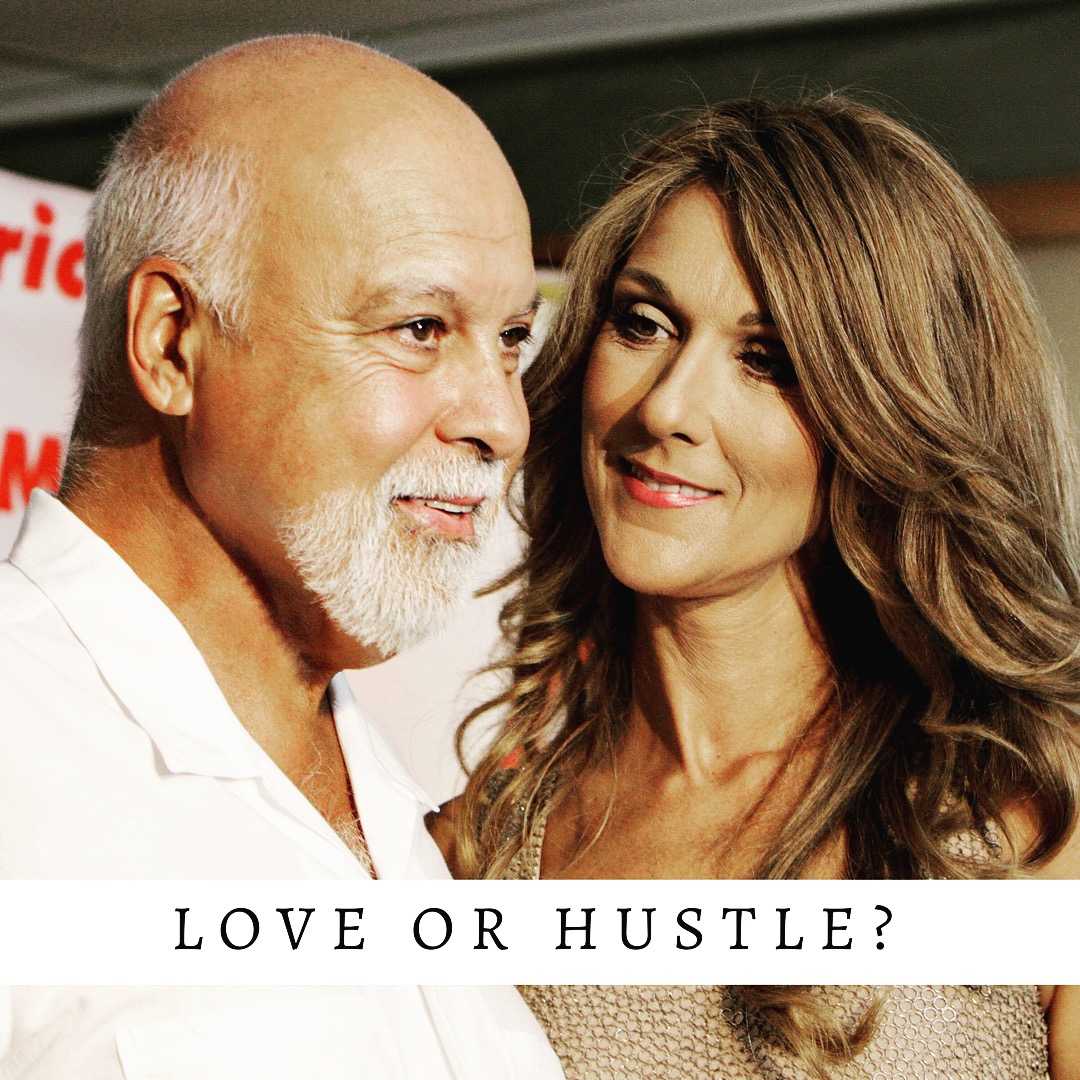 Celine Dion and her Husband Rene Angelil had 26 years between them. Together for nearly over 30 years X

So while most people see these relationships and judge according to what they have heard or seen, what your relationship is about is entirely up to you. what an older man is again, is up to you. as for me, age really ain’t nothing but a number.

I hope you’ve enjoyed this read, in my next post, I’ll be talking about how to detect a guy that’s just there for the nookie, and one who’s really into you.

Be sure to subscribe to get all the updates…. you don’t want to miss a thing!!